LOCATION: BAR LIBRARY AT THE INN OF COURT OF NORTHERN IRELAND, BELFAST 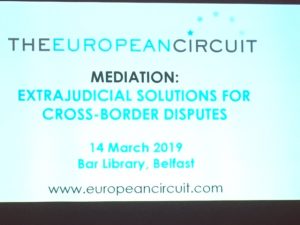 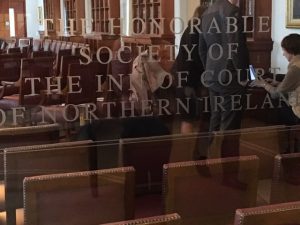 On 14th March, as Westminster writhed with conflict and Stormont was silent, the European Circuit of the Bar was generously hosted by the Bar of Northern Ireland in their elegant Bar Library HQ in Belfast on the topic of the use of mediation in public law cases and the benefits of mediating cross-border litigation.

John Larkin QC (Attorney General of Northern Ireland) and Sir Paul Girvan PC (Lord Justice of Appeal of the Court of Judicature of Northern Ireland – retired) kicked off the debate by setting out the particular sensitivities around the appropriateness of mediation for resolving public law cases, which included issues such: that the public interest is not something which lends itself to a form of negotiation; that there is a perceived culture of Government and State bodies being slow to admit fault; and an understandable reluctance of Judges to be involved in mediating disputes whilst they are also charged with giving anxious scrutiny to evidence in the same dispute, or a similar one or one involving the same parties.

Juxtaposed, Administrative Judge Friedrich-Joachim Mehmel (Administrative Judge and President of the Hamburg Higher Administrative and Constitutional Courts) gave a fascinating and contrasting insight into the approach in Germany, in his area at least. Having apologised for attending in his (very smart) jeans (after a long and weary journey) he focussed first on communication and the failures and limits of the adversarial system to resolve legal disputes in a holistic way. Prima facie, it seemed counter-intuitive to a room full of Solicitors, Barristers and very senior ex-advocate Judges to say that the judicial process embodies and is constantly limited by communication failures, but he pointed out the blindingly obvious, namely that: disputes resulting in litigation are often caused or maintained by communication failures; ego conflict is often at the heart of disputes; that decisions to litigate are so often founded on failures to acknowledge and respect others; and that legal process was pressurised by time-constraints. He opined that litigation often embodied emotional problems and that attempts to apply cool rational legal principles to “fix” emotional situations was unsatisfactory. He highlighted that public law matters were often highly emotionally charged. He then went on to describe how in the German system there was the facility for a Judge managing a case to refer an issue within that case to another judicial colleague to deal with (a) discrete issue(s) which was amenable to mediation in a private satellite “bubble” outside the “main” litigation track. The mediator-hat-wearing-judge seemed to me to be very intellectually attractive route to justice. However, it was also noteworthy that the German system was prepared to prioritise this new culture and approach to the extent of providing the “in house” mediation service free of charge to the litigants.

Hugh Mercer QC (Chair of the Brexit Working Group of the Bar and Chair of the CCBE European Lawyers’ Committee), Brian Fee QC (of the Bar of Northern Ireland and of the Bar of Ireland), John Sturrock QC (Distinguished Fellow of the International Academy of Mediators) who practices, inter alia, Scotland, and Colm Ó hOisín SC (Bar of Ireland) then shared their vast experience of mediation, particularly bringing out the adaptability of mediation as a tool in different cultural contexts. They also enunciated the advantages of mediation over arbitration for certain cases and gave examples of experiences of practicalities regarding the use of mediation in particular jurisdictions. Switzerland, Ireland and the Middle East were cited in examples. UN Singapore, New York and CEDR were referred to as different mediation models. Enforcement and notarised agreements were discussed.

As we live through huge political and social turbulence on a global scale, it was encouraging and a privilege to learn from those going with the flow of globalisation and evolving new skills to adapt. I was reminded of Professor Ronald Dworkin and his thoughts on law as technique. People talk about mediation being a further “weapon” in the competent lawyer’s “armoury”. However, given, that we are saturated with conflict we could do no better than to heed Judge Mehmel and make greater use of mediation to address the emotional dimension which so often provides the rocket fuel behind disputes.

The Circuit would like to thank Michael Bready of the Belfast Bar in particular for setting up and organising this event. 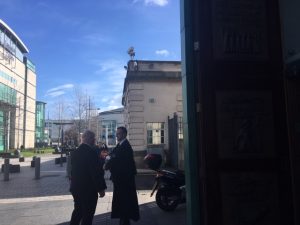 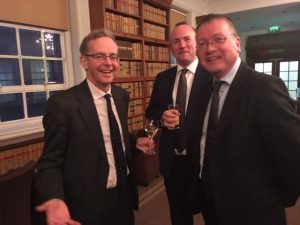 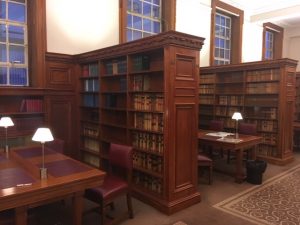 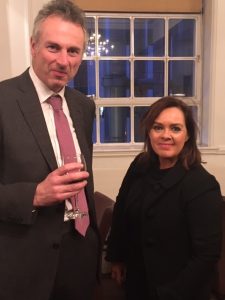 Credit photo: Abigail Holt. We are grateful to all speakers for allowing publication.