Event hosted by the Faculty of Advocates and the European Circuit. 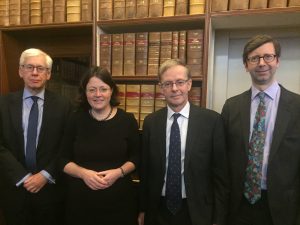 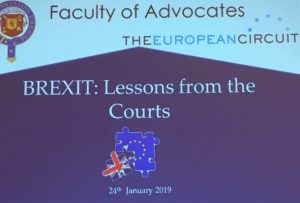 On Thursday 24th, as Edinburgh was gearing up for Burns Night 2019, the European Circuit of the Bar had the privilege of being hosted at the Faculty of Advocates for a fascinating legal supper of Wightman [C-621/18] haggis and Brexit neeps, along with the lyrical highlights of the UK Withdrawal from the European Union (Legal Continuity)(Scotland) Bill – a reference by the attorney general and the advocate general for Scotland (2018) [2018] UKSC64.

Morag Ross QC then treated us to the main course; a comprehensive explanation of Wightman and the adventure of bringing this axiomatic case before the Court of Session and then the Court of Justice in Luxembourg. Given that this case might just save the UK’s social and economic bacon, against the threat of the more extreme Brexit regimes contemplated in some quarters, it was also important to listen to Morag’s analysis of the legal gaps, silences and further questions raised by Wightman.

Finally James Mure QC managed the near impossible feat of spicing up and making entirely palatable the intricacies of the UK Withdrawal from the European Union (Legal Continuity)(Scotland) Bill. He illuminated the problems for devolution and what it meant in the context of Brexit, especially when the Scottish attitude to European law and values as demonstrated by the 2016 referendum result were decisively remain. (Oh the irony the UK government argued against Scottish independence in 2014 on the basis that such independence would mean loss of member state status).

Afterwards we enjoyed hospitality and lively conversation with colleagues grappling to understand the consequences of Brexit for their practices, their communities and the rule of law. However, Robert Burns in “To A Mouse” might prove to be the last word on Brexit: The best laid schemes o’ mice an’ men Gang aft a-gley, An’ lea’e us nought but grief an’ pain For promis’d joy. 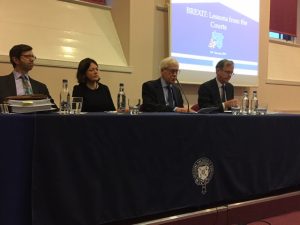 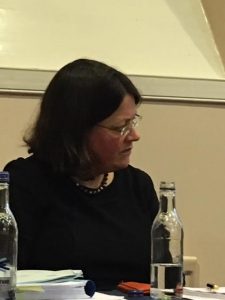 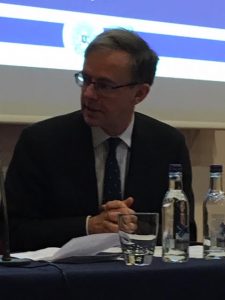 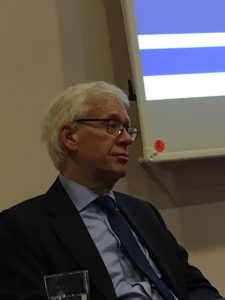 Credit photo: Abigail Holt and the Faculty of Advocates. We are grateful to all speakers for allowing publication.